I'm not sure if it is the the facebookification of the world, the onset of the Age of Will who is now 2 1/2 ,  Ellie hitting her stride as a school-aged kid, some other factor or a combination of a bunch of these but we have been seriously negligent in updating this blog for a significant amount on time.

So I will try to update all fronts here with the latest and greatest from Broganland. 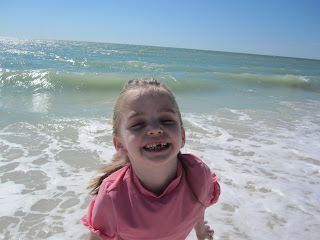 A happy soon-to-be seven year old, she goes to first grade every morning on the bus with her nurse/consigliere and loves first grade. Two different rounds of show-and-tell with her class have made her medical issues more of a fascination for her classmates than a problem.  She routinely gets supplemental IV hydration mid-day without missing a beat or a call home.  She just gets off the bus some days with a IV backpack. Abby and I just look at each other and thank the Commonwealth of Massachusetts for good nursing. 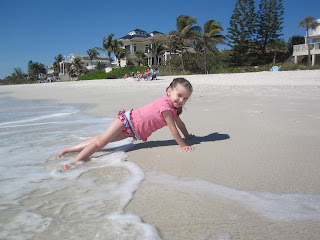 Ellie's school couldn't be more accommodating.  Everyone from the Principal to the nurse and her amazing teacher are great for us and do what it takes to keep Ellie going.  Even the food service people are bending over backward to include Ellie in school lunch by sending us their recipes and preparing special meals for Ellie so she can go through the lunchline.  Just like everyone else.

We got great advice when we were moving-our town is truly where you want to be if you have a kid, especially a kid with some issues. 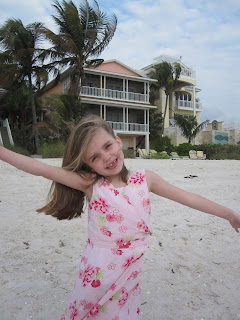 Some very cool news:  Because of her diagnosis, Ellie was approved this Spring for a wish from Make-A-Wish!  We have known for a while that it was  a possibility because of her central line and other factors so I sent an inquiry thinking that it would take a while to get things rolling. Boy was I wrong! Within a week, we had a full approval and a home visit scheduled and it looks like Ellie the fish/science geek wants to go to Hawaii to see sea turtles and volcanoes.  We are looking at timing and details but it should be sometime before next winter.

Some not-so-cool news:  Ellie has been off of TPN for more than two years now, but in the past six months her growth has stalled when it should be moving steadily upward.  We have tried a lot of tricks but we are heading in on Monday to restart TPN and give her the boost that she needs.  We will be at Children's for 3-5 days next week getting her restarted and watching for a side effect of restarting TPN called Refeeding Syndrome.  As we have experienced in the past, if the shit hits the fan, it is much better to be at Children's than at home. So we will go in on Monday, hunker down with all sorts of distractions and wait between frequent blood tests until it is time to go home.  This isn't a big mental setback for Abby and me.  Ellie hasn't made progress toward life without IV bags in a long time so our feeling is to get her what she needs and add some muscle and height.  Adding TPN adds another few minutes to our day and adds one pump to our arsenal but is not a significant change for us.

In Puder We Trust. One of our chief concerns in restarting TPN was what lipid Ellie would use.  The strict Omegaven protocol prohibits kids that have been off for more than a year from restarting Omegaven.  Which meant that we would be looking at Intralipid, as Ellie's lipid source- the same stuff that whacked her liver when she was an infant.  She is older now so the effects of Intralipid would likely not be as severe as a few years ago but there is that risk and her liver is already damaged so we were anxious.  Fortunately,  if there is one person who was more concerned about this than Abby and me, it was Dr. Puder at Children's who got Ellie on Omegaven back in 2006.  He went to work and within days of the nutrition team scheduling her admission, he had persuaded the FDA to give Ellie special approval to restart regular infusions of menhaden squeezings.

She will not spend a single night on Intralipid. 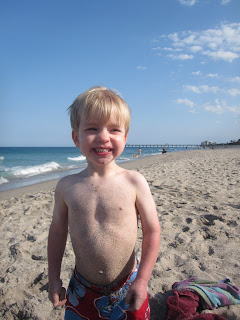 Ellie's compromised liver and her parents both did the same little dance that Carol the nurse did when we got the news that Ellie was approved in 2006.

Will:  What to say about Will?  2 1/2 and everything you would imagine from a boy that age. Trucks, boats, cars, Richard Scarry and a vocabulary that is growing exponentially along with the length of his sentences. He is wonderful and oves his sister.  The other night Ellie's baby monitor stopped working in the middle of the nightand her pump alarmed when the battery died.  Will heard this and started yelling to us,"Mom.  Dad.  Ellie pump Beeeeeeping!  Ellie Pump Beeping." 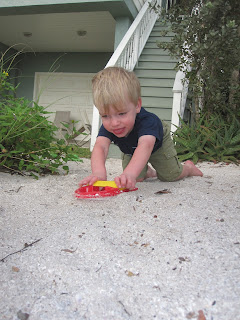 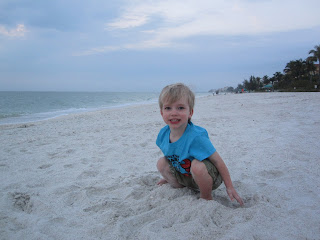 We think that he will miss Ellie when we go to Children's next week.

Here's to hoping for an uneventful visit to 300 Longwood next week.
Posted by Gib and Abby Brogan at 11:39 AM 3 comments: