Ellie had another clinic appointment at Children’s today. It was another smashing success for her and for us.

She continues to grow in length (36.5 inches) and weight (13.8 kg/30.25 pounds) and although her weight wasn’t above 14 kg like we had seen at home in recent weeks, it was later in the day than we normally weigh her. 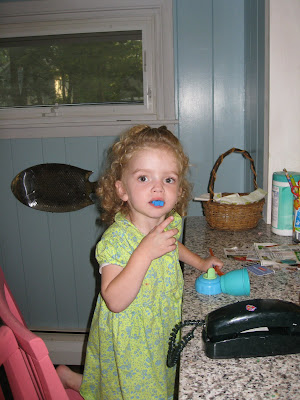 Things are so good that we have peeled away another night of TPN from her schedule down the three nights each week with four nights of hydration (just a dilute sugar/salt solution).

That’s right, she is off TPN more than she is on it now! Amazing considering she still has an ostomy and we had been waiting to get her reconnected before progressing very far toward weaning. 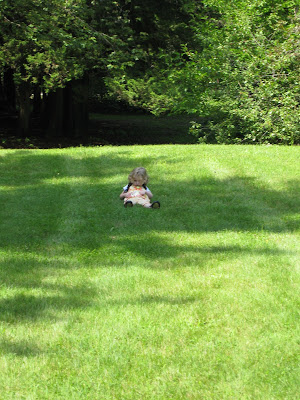 We will continue to ramp up her food intake as much as we can while keeping her Elecare about the same for now, about 1200 ml every day. Since she eats well for us, the thought is to peel away formula and make her hungrier for real food, which is better for her both short term and long-term. And on top of that they don't want to see her at clinic again for three months. Christmas time.

Yes, we have more months on the pumps. But we are in a solid routine for TPN and have lived with it since Ellie came home. Besides, we would miss our morning quality time waiting for the pumps to beep: 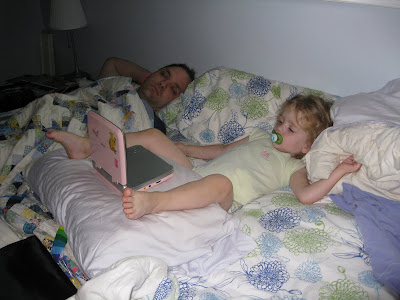 The highlight of the day was Ellie seeing her surgeon, Dr. Jennings from across the room, running to him and giving him a high five like she had seen him yesterday.

The hospital is still a fun adventure for her. Bringing Karlene along for clinic makes it a lot more fun.

We also got our orders from one of the Short Bowel team about how to handle Ellie and her new cousin Jack who arrived from earlier this month. Since gut bugs are a big deal for us, we wanted to make sure that she was safe to go near him and that he was screened for all of the necessary bugs before we went to Mainee the next time. As it turns out one of the short bowel GI docs is also an African gut bug doctor for a few weeks every year. Her told us that as long as the stool samples were clear and the blood tests for hepatitis were clear (gotta protect that liver) we are good to unite the family. So we wait for the third stool sample to come back as clean as the first two and then we start making plans to introduce Ellie to Baby Jack.

That means another shot at a boat ride for Ellie: 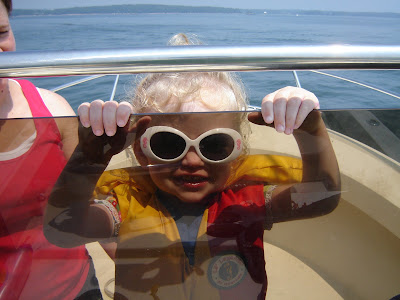 And her very own algae lab: 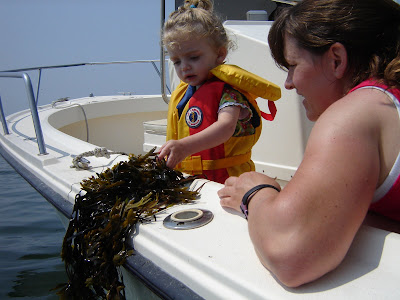 Finally, Ellie wants to say happy birthday to her Gramma:

Posted by Gib and Abby Brogan at 9:25 PM

The best birthday present, Ellie!
You continue to be the most amazing little girl. We'll see you soon.

Yeaahh Ellie! She's talking so much now and I haven't seen her in forever. Come home as soon as you can!
Love,
Beth