Thursday was a wet day, A very wet day. We were up very early to slog through Honolulu traffic to Hanauma Bay, a marine reserve that was set up to conserve and manage a very healthy and very accessible coral reef near Honolulu.  We were told to get there early to make sure that we had a space in the parking lot (Make A Wish made arrangements just in case it was jammed) and we were there for 9:45 AM, along with about a zillion GoPro-toting tourists that really didn't get the concept of don't stand up on the reef. 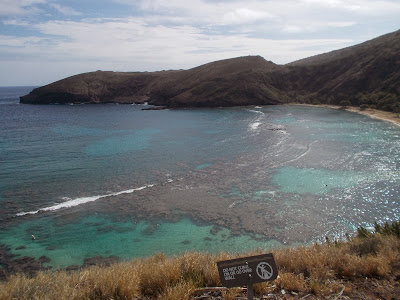 But fortunately, I had forgoten that Abby Brogan also moonlights as an underwater superhero and proceeded to escort/drag/carry Ellie past the hordes of googins and out into deeper clearer water where the novices didn't dare.  What they found there was nothing short of spectacular.  Turtles, live corals, and fish like Ellie and I had never seen before. 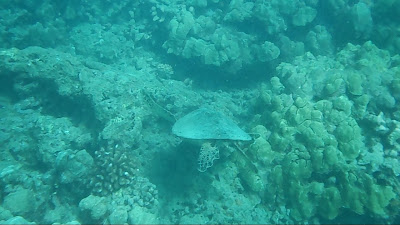 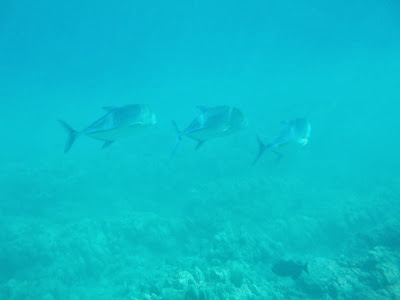 Ulua, or trevally, cruising the reef. 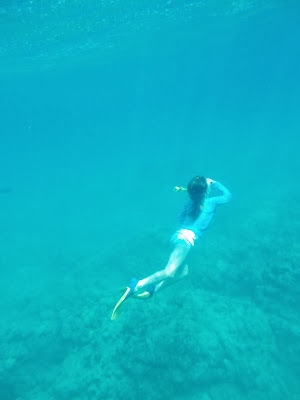 Ellie showing off the surface dives that she practiced in the pool all summer. 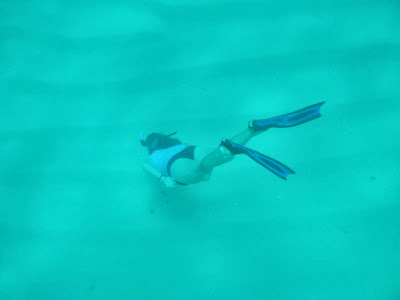 Abby the Underwater Superhero showing off on the bottom 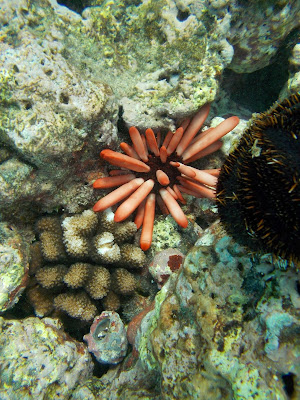 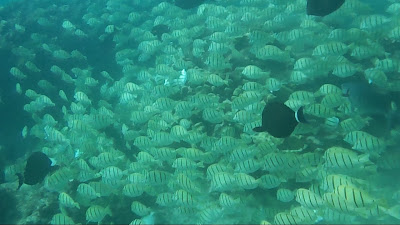 A school of convict tangs 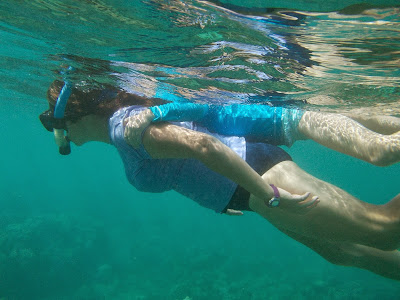 One of the many poses that Abby used to escort Ellie around the reef. 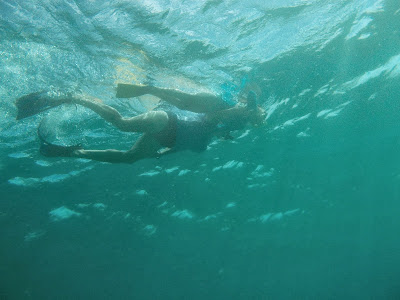 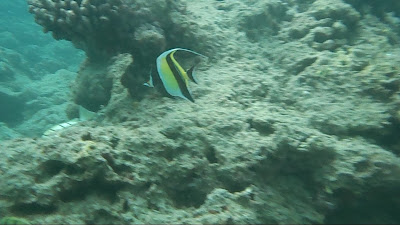 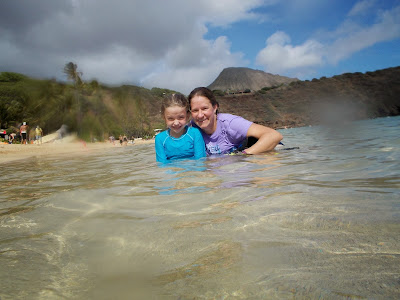 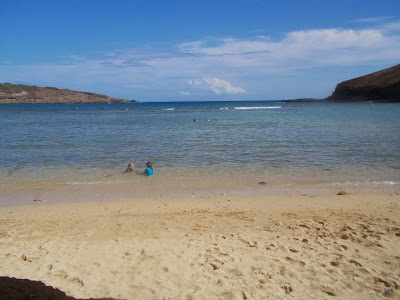 All told Ellie and Abby were in the eater for almost three hours with one short break for Elecare and snack. Will, was happy as could be to patrol the shore wade in the warm water and throw pebbles. 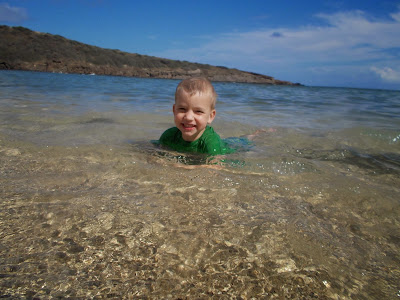 Posted by Gib and Abby Brogan at 2:21 AM