We realized tonight that it was September 12th the last time we posted any news. That is the result of a combination of things but mostly due to a combination of a busy new schedule, some work travela nd a nasty round of colds, we have been choosing to do other things like sleep when we have time rather than logging our lives. So shoot us. Winter is coming and then things will be cold, white and slow. Also I think that things were going so well we were afraid to put it in writing for fear that we would jinx it. 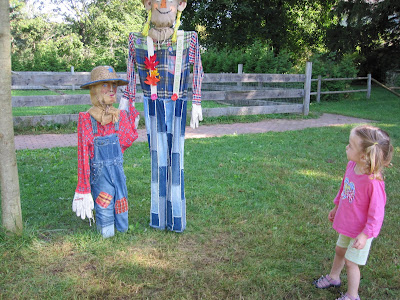 Not so sure of What to Think About the Scare Crows

School has been great for Ellie. Tues, Thursday and Friday Mornings she and Karlene get dropped off at school. Ellie goes to class and Karlene hangs out a full floor away but just a phone call away, in case anything goes hinky that the teachers can't deal with like a problem with her g-tube, her belly or worst of all, her central line. The kids are great and it is wonderful for her to get out and see other kids and teachers. 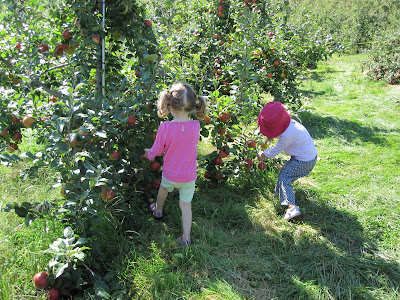 Apple Picking with Friends from Florida

The school also sent home a letter to all the other parents letting them know about Ellie and her short gut. It explained that a GI bug is a very big deal for her and asked the other parents to please be extra aware of this and not send to send their kids to school if they may have a bug. It also asked that the parents let the school know of any illnesses so that they may inform us. Them we will have the option of not bringing Ellie to school that day. 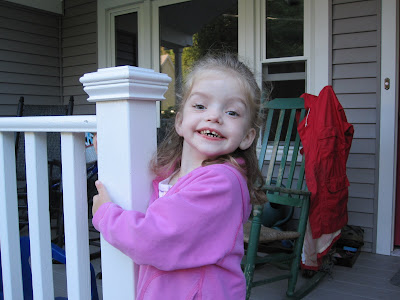 The director then will let us know as soon as she knows when a kid is sick, even telling us a week ago about a kid who had thrown up while Ellie was in school to give us the opportunity to come in and take Ellie home. We have also gotten a call a couple of times the afternoon before Ellie is scheduled for school with a health update which has led us to keep her home just once so far. Stomach bugs are a bad thing these days and we would rather have one day of home school than a free inoculation of gastroenteritis. As always, her teachers are very good and brave (even changing short gut diapers) but we are all happy that Karlene is there just in case. Peace of mind is priceless.

Ellie continues to ramp up in her feeding and less than a month after being discharged from Children's. She is back to eating a limited diet of soft foods, drinking about half of the formula that she was drinking before her troubles this summer and has surprised all of us by gaining a surprising amount of weight. She is 1 1/2 kilos (3.3 pounds) heavier today than when she was released in September. This week her weight gain earned her one night a week without TPN. We are starting on the road to a TPN free life. Again. 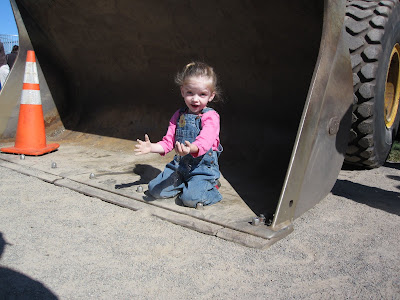 We have been leery of putting her on her feeding pump because it doesn't provide any feedback as to when she is full, like oral drinking will. We understand that constant exposure to formula is the best bet to encourage intestinal adaptation but right now we are still recovering from her dilation and don't want to aggravate her bowel with an unrelenting pump inflating her bowel. One of these days we will get brave and start the trickle of feeds from the pump but right now she is doing quite well eating and drinking when she wants to.
Perhaps the best news is that she is finally pooping quite regularly for us. Five or six times a day is the norm which, believe it or not, is thrilling for all of us. Lots of poops means things aren't backing up and her dilated bowel is likely recovering and getting its strength back. We will run with this for a while and then can start considering methods to slow her poops down but for now, let the poops come! 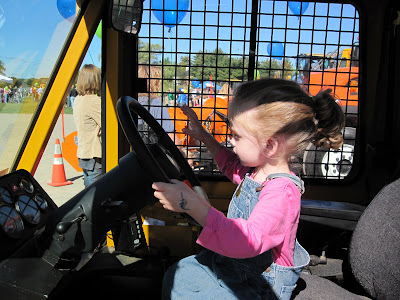 Other than that we are dealing with regular kid things, timing flu shots, and having great fun with our girl. Things are slowly returning to normal.
Posted by Gib and Abby Brogan at 8:14 PM

Great news! I love hearing a good report. You guys are awesome!

So very glad to read that things are going well again!

Hey, Abby! Ask about Farrell Valve Bags. You can y-in your Zevex bags, and they allow gas and food to go back up and into the Farrell bag if there is any back pressure. It might be an option to explore to get back onto night feeds and off of TPN. I heard about them one yahoo group, and got them ordered for a NICU baby having some issues. They worked really well, and we started trying them with different babies with g-tubes.

I was so hopeful that no news was good news. So happy for you all!

Gib and Abby, You daughter is lovely! I have enjoyed your blog, so informative. This evening my sister-in-law called to say that my nephew may have short gut syndrome. Of course I have never heard of this so I hit the blog world quick! Everything I have read tonight, all of the children seem to have the same symptoms as our sweet baby James. James had surgery last March to remove part of his small intestine for an itsuception( no clue how to spell it, basically his intestine began to fold up much like a telescope.) Part of the intestine died from no blood supply. Unfortunately, he is still having horrible bowel movements(mucous) and vomits after eating. His doctor has put him on a new formula that he is to continue until he is 18 months old. He will be 1 year old October 17th! I wish you and your beautiful family the very best and thanks so much for sharing your blog.
Sincerely, Julie