It has been a very long while since we have reported Ellie’s progress and I thought that it would be good to bring this blog up to date with some info about how the girl is doing. In a word, fantastically. So well in fact that we have very little time to sit down and write about it.

But more specifically, now that we have the time here are the newest developments.

We have had a pretty rough Spring. Ellie’s Bacterial Overgrowth (caused when the bad bugs flux up into her small bowel from her colon) made her gassy, and vomit a lot while taking her appetite and dehydrating her all at the same time. 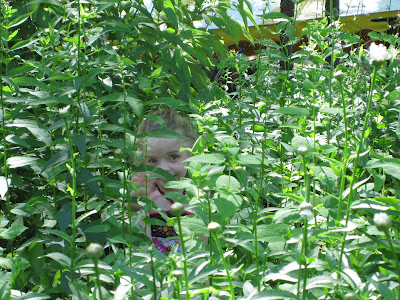 No fun for anyone. All to often it leads to a funny/awkward scene at the mall with me standing over a puddle of short gut barf trying to flag down a janitor before someone slips and falls as Abby and Ellie run to the bathroom before the second wave hits....

It looks like four courses of heavy antibiotics including seven-day courses of Flagyl, followed by Cipro, followed by Vancomycin, and another course of Vancomycin over an eight week period this the spring has finally done the trick and knocked down the carpet of bugs.

We treated the effect and then hunted down the cause. We finally thought of her overnight hydration. In the end of March we decreased her nightly IV infusion from 750 to 500mls. Not a big change but big enough. Two weeks after this change is when the overgrowth reared its ugly head. The fact that it wouldn't go away meant that we had to find the cause. And about two weeks ago we finally did. Bump her back up to 700mls a night, and Presto-Change-O, SHE"S BACK!!! 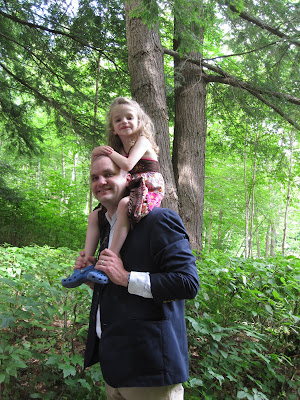 Ellie’s appetite is back now and she is doing quite well eating three meals every day, asking for snacks in between. If she had her way, she would eat nothing but macaroni with olive oil and wheat thins. Her mother and I do everything we can to get protein into her diet and she is doing well with scrambled eggs, ham, chicken, and Boca sausages.

Top this off with a liter of Elecare and you have a recipe for a growing girl. In the last two weeks, she has put on almost two pounds of the weight that she lost since getting overgrowth in the early part of the spring.

With all of the food and fluid going in, you might ask about her bowel habits. First off, she is very proud of the fact hat she has been wearing big girl underpants for a long time now. Each day she starts out by taking on the persona of the Disney Princess on her drawers and most nights she can even make it through the night with the TPN pump going with only one call for help to carry her pumps into the bathroom for her.

Accidents are quite rare and most days see between one and three poops of varying consistencies*. If she gets backed up, she gets nauseated and uncomfortable, an indication of how ‘short’ she really is but we have learned to recognize these signs and get her bowels to clear and make room below.

*This is the part that she will crucify me for writing when she is 14. Sorry, Ellie, it’s public service, I guess J

Unfortunately our bumpy spring has slowed our doctor’s ambitious plans to have her off IV fluids by the fall and in fact, we had to increase her TPN this spring to keep her weight up. Right now she is on 4 nights of TPN a week with Omegaven, and just D10 on the other nights. It is working to keep her weight increasing and also keeps her well hydrated even when it is hot. Those are good things right now. 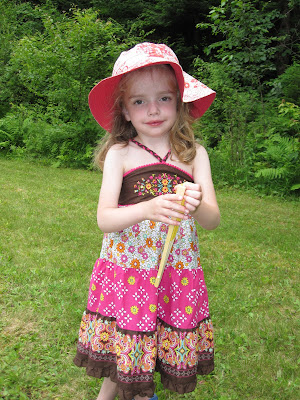 We have TPN clinic in a few weeks and will likely get advice to wean a night of TPN. If the magic scale at Children’s shows her weight holding its own, I am all for it.

Another exciting update is that our little swimmer has been improving rapidly in her aunt’s pool over the last few weeks and now swims, with just her bubble on her back, from one end of the pool to the other and rarely needs help. We have had a lot of practice and are getting quite good at waterproofing her Central Line to the point that everything is dry when we are finished.

Our Recipe for success in pictures:

1) Wrap Press n’ Seal tightly around the CVL cap making sure to cover the threads of where the cap screws onto the line.

2) Coil the line plus cap over the dressing

3) Cover the coiled line and dressing with a large piece of tegaderm so that nothing is sticking out, and voila, you are waterproof and submersible.

Ellie swimming has been great for her, but even better for us. Imagine two marine biologist having a child who's life is saved by fish but cannot swim. Finding a way for Ellie to swim and seeing her love it as much as her parents do is, priceless.

The final bit of news is Ellie’s first big girl haircut. This weekend her long hair became too much to manage and we got a bit aggressive with the scissors. The result is our four year old who seems to be channeling her inner Natalie Portman in the The Professional: 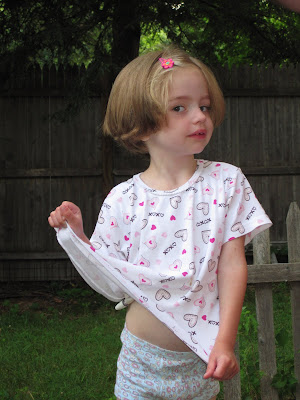 I’m trying to avoid the mental image of her telling me, “I've decided what to do with my life. I wanna be a cleaner.”

She is adorable. Thank you for sharing your story with the world. I've only had short gut for ten months and I felt totally alone until last month when I found this blog and from here found adults with short gutn as well.

Unfortunately the TPN is too hard on my liver and I will have a multivisceral transplant this summer. There are several short gut adults here who are very frustrated that Omegaven is only for children. I'm so happy that they get it but I wonder what it will take to save adult lives as well. Many of us are given very grim prognosis which I'm sure you know.

Sorry to ramble. But, I wanted to thank you for being my first real insight into life with short gut. You have done an amazing job navigating these rough waters and raising a beautiful daughter.

Hooray for Ellie! Wow, what a doll she is. So glad to hear things are feeling good again, and of course the swimming news is just awesome. We really, really hope we get to see her soon! Hugs to you all.

What a great update. I'm so glad she's eating and growing and that all those bugs are killed. Wish we could get she and Scotty together for some swimming;)
Her short hair is the cutest and it really shows off her beautiful little face.

Hi, I was wandering if you could post a picture of Ellie's IV dressing, how it is daily when she is not swimming ? :) I am trying to find out how it's best to have it :) I have one almost 2 years old, he is on TPN and omegaven every day for 16-18 hours.

Now all she needs is a houseplant and a handgun...OMG that mental image is killing me...hehehe