What do you say..

A friend sent me this email and I thought I would reply on the blog since we have heard the same question from many, many other parents.

I am having a difficult time explaining about my son to people that I don't know. How do you explain when Ellie isn't doing things at the right times, meeting milestones and the obvious stuff like the backpack? I feel like I just don't know what to say to people that I may see again or people that I will never see again. It would be great to have a one liner that explained everything and I know I should have try to keep a positive spin on what I say, but I just don't know what to say. I wondered if you've encountered anything along these lines and might have any suggestions. It's probably a person decision from parent to parent based on their comfort level and such.


Yes, we did and do run into this almost everyday when People see Ellie's backpack. They say, "oh how cute! What do you have in your backpack little girl?" I have always wanted to reply, "Elemental formula, a pump and some scary tubes."

But no, most of the time I smile and explain that actually it contains a feeding pump. And then I explain, with a smile on my face, that she was born missing some of her small intestines. (ok so it was closer to 90%, but people seem to handle "some" better) I also explain that she will need this pump for the next few years and eventually grow out of it. (we hope this is the case, I guess that would be the positive spin you mentioned.)

Some people react really well and seem genuinely interested and will ask good questions. Others end the conversation kinda quickly and move on. I have tried, and am still trying, to learn to not care about the people that get scared. Mostly I try to center the conversation on how well she is doing considering everything she has going on. It does seem that my positive attitude about the whole thing does rub off on people.

I am still surprised by the number of people that when I start explaining what the backpack is, even to complete strangers, how many of those people know other kids and adults that have been on feeding tubes or know some one with an ostomy. The most surprising thing is how many people have been on , on feeds or have an ostomy themselves. This is a whole world that no one talks about until you are living it, but it still shocks me how many people there are out there that have been through some part of what Ellie is going through. The backpack has also been our ticket to the secret club, people see it and know what it is and will chase us down to talk about the pump or commiserate as to what we have to go through. This still throws me off.

Now, that all being said... I do have to admit that sometimes I just hope and pray that I can get in and out of places without people noticing her tubes. And sometimes when people ask what is in the backpack I just smile and say "toys" and keep walking. I don't always have the energy to be upbeat and happy about all of Ellie's stuff. I usually also never mention the Central IV line or the ostomy to strangers that ask about the backpack, I think that would just be too much.

But I do take a completely different approach when we go somewhere where we will be going many times, like play groups or classes. If I get there early I will introduce my self to each parent and then somewhat quickly segue to explaining all Ellie's stuff. If I get there later and there are a bunch of people there already, I pick Ellie up and introduce her and her backpack and everything to the parents.(might as well shock them all at once) I do this because I want everything to be out in the open, so people will not feel like it is the elephant standing in the corner that they can't talk about. Also, because I want people to know her and once they get to know her, they see past the backpack and the bulge in her shirt from the ostomy.

I also don't want these parents to be afraid of Ellie, afraid of their kids hurting Ellie while playing with her, or have any fear pass on to their kids so that they are afraid playing with her. She is pretty tough, she plays just like any other kid and we secure her tubes so that even if they get tugged everything will be ok. I know she is different, but I want to keep that from her for as long as possible. After a few visits people don't react when her pump beeps or think that it is weird that I need to move to a private room when I empty her ostomy bag. (I still think the contents of her ostomy bag might be too much for outsiders)

Meal times and swimming are still the times when she sticks out as different, but hopefully that will get better with time.

As far as having one sentence that explains it all, good luck, let me know when you figure that out. I will say that it has helped a ton to have this blog. I can just tell people to read the blog and then they catch up on their own and I also don't have to field many questions like....."Oh you must go to the beach a ton, having it right down the street!!" (it is a beach on a lake, and Ellie can not swim in freshwater, not until she looses all extra holes, including the G-tube, so it may be years)

Actually that is one of the main reasons we started the blog, we just couldn't handle telling her story over and over and over and over..... It has also given me a place to vent and to learn to accept everything that is happening with Ellie. Strange as it sounds, it is true. 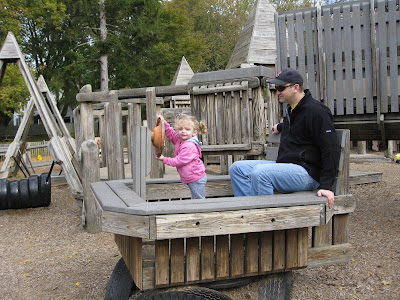 Ellie taking her dad on a BOAT RIDE!! 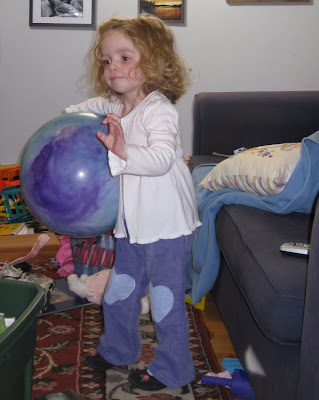 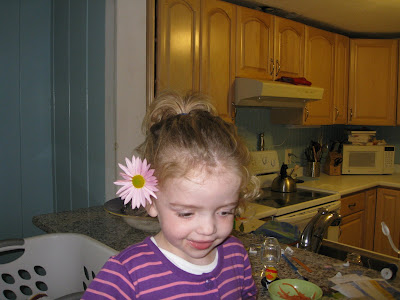 Posted by Gib and Abby Brogan at 1:19 PM

OK, two straight posts with no pictures is just not fair. Show an aunt some love.

She looks like she's 10 in the middle picture.
Love,
Aunt Beth.

I'm so excited that you started this blog and by doing this you have spread the news about Omegaven that has helped to save Olivia's life, plus lots more! Owen and Olivia will be three next month and I am blessed to have them. You guys are amazing and so is Ellie!!!

Before Sam started Omegaven we had a lot of people stop us becuase he was so jaundiced. We were so tired of explaining to well meaning people over and over again about Sam.

We had some business cards printed with some very basic information about his disease and the card also directed people to visit his website for more information. We avoided having to have long conversations this way at times when we just couldn't do it. It also let peopel who were really interested in Sam continue to follow his story.

Thanks again for sharing so much about Ellie with the world. I think we read your entire blog from beginning to end at least twice before we went to Boston.

Great info--thanks, as always, for sharing this. I really appreciate your openness & honesty. And I also love the idea of business cards!

Thank you! My son also has "the backpack." My favorite is when they ask him if he went to school today (and it's at NIGHT or on the WEEKEND) ha! Anyway, you don't know how helpful this has been for me to feel we're not alone. Other parents are also living with the TPN, the tubes, the backpack, etc... For once, when I read things like this, I feel he's part of a majority instead of sticking out like a sore thumb. :)