We managed some beach time and a great trip to the Magic Kingdom. Gus had a very exciting time while we were gone, but more on that later.

Thanks to the good folks at JetBlue we got in to Boston early last night and got home around 10 last night. A very successful first adventure in the world of air travel. We have new respect for the good folks who fly with their kids to get Omegaven.

On the last day of Oley the weather cleared up a bit and so we put on our suits and raced out to the beach to get our girl some good beach time. 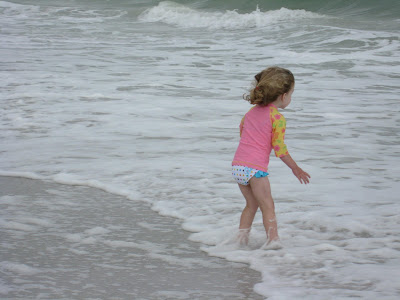 The waves were pretty big but she loved it. Much better than last year when she ran screaming from the waves. 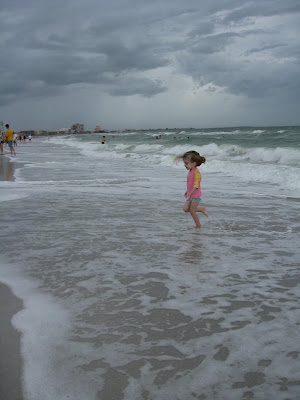 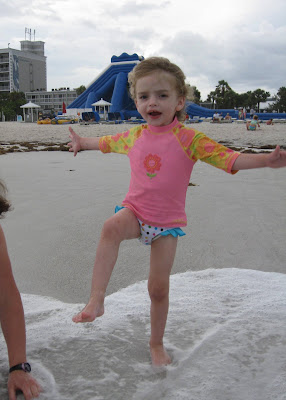 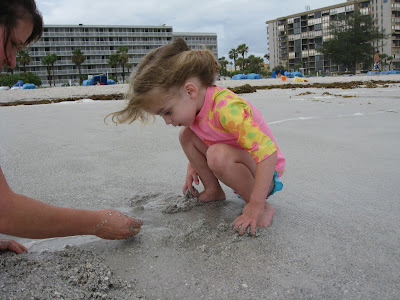 Ellie discovering the little clams that live in the sand. 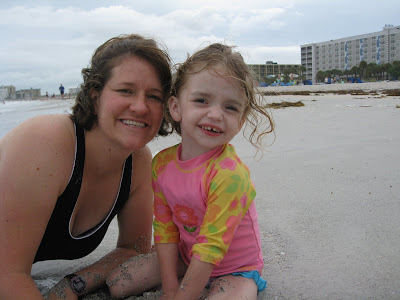 Day at the beach down now time for Disney!!!

Disney was fantastic if a bit overwhelming for a three year old in 92 degree heat with about a million people on hand to see fireworks. Disney has a special program for people with disabilities that isn't on their website. Another mom at the Oley conference told us about this and it made the difference for our trip. This program let us identify Ellie's risk of dehydration and gave us a special 'Red Card' that allowed us to skip lines in the heat and get Ellie on rides ASAP. Right up the wheelchair ramp, past a sea of scowling moms and dads and onto the ride.

If anyone griped out loud we joked that we were ready to ask Ellie: 'Ellie lift up your shirt for the nice man.' we met other families with a rage of issues and they all said that this program was the difference between going to Disney and staying home. Email us if you want more details. 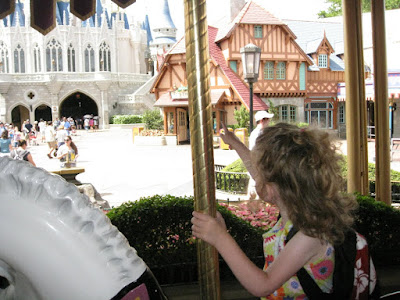 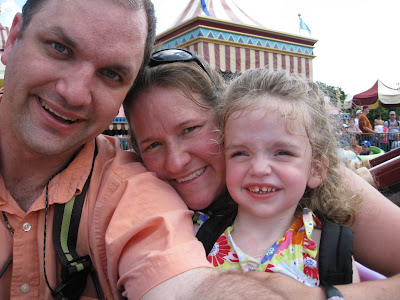 On the Dumbo ride 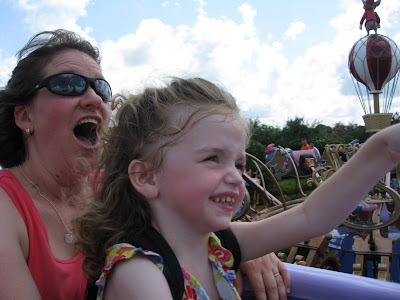 Cinderella, Belle and Sleeping Beauty all need gold stars for the day on Friday. Around lunchtime on Friday we went ot the Princess Hall of Fame to accomplish our only goal for the trip to Disney: Ellie meeting her favorite princesses. Now I know that it is their job to be bubbly and nice but these three really went above and beyond for our girl. 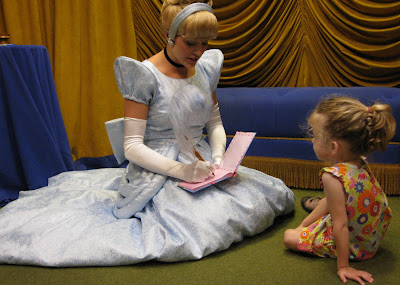 I am convinced that I could see the moment that Cinderella saw Ellie's central line dressing and catheter and from then on she turned it on even more. Wonderful, simply wonderful. 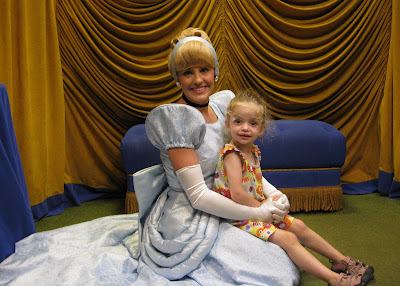 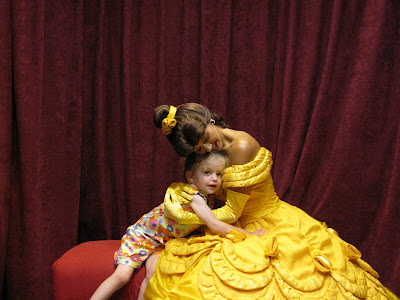 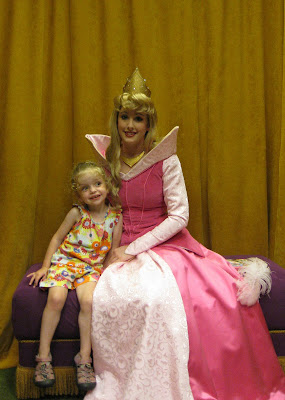 How do I get a letter of thanks to them without sounding like a stalker? Dear Cinderella, Belle and Princes Aurora.... 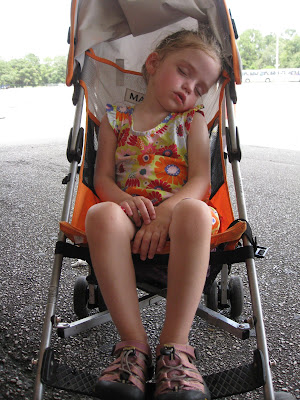 On our way back to the hotel for nap time, ended up that this was the only nap she got as she would not stop talking about the princesses. 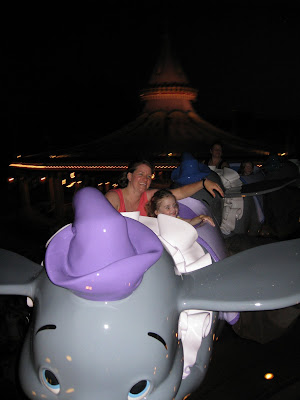 Last ride of the night, Dumbo was one of her favorites 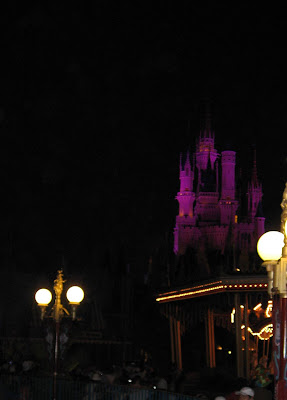 This is Cinderella's castle right before the fire works when off.

We also learned that Disney has the best fireworks, even if you only see them as you run a petrified little girl out of the park and watch the finale from the monorail.

Other things we learned:
We are all exhausted but happy and healthy (although the timer on the central line infection won't give us the all clear for another 72 hours).

Gus had a special adventure while we were gone. we are still sorting out the details but it involves bolting from a dog sitter, finding his way a mile through the woods, getting picked up by a stranger 12 hours later, transferred to our neighbor, spending a night across the street and finally coming home late last night. He is as tired as we are but we are all home. Anyone know a good dog sitter in MA?

Gotta go and feed the girl. Eating has been an adventure this week to say the least but Ellie has done well enough and maintained her weight. Restaurants are fun but distracting. What we need now is a few weeks at home.

Those loooong legs just blow my mind. I think the word is "coltish."

Glad to hear you had such a great time and glad you're home safe and sound.

Eithene is practically shrieking with excitement to see that Ellie (or anyone) can actually MEET the princesses! We are planning to do Disney next March for her MAW trip- to hear that they took such care of Eillie is wonderful!

How was the conference? We missed the Oley, the VACTERL and the Mito conferences this year- and I would have loved to go to any/all of them. If you have a chance, we'd love to hear an overview of the Oley info!

Hope you get some rest at home for a few days :)

We're so glad you got to make it to Disney. We knew y'all would love it. Good to know about the "red card" and dehydration thing. So upset we couldn't see y'all at Oley. But Chase was, once again, in the hospital. But this time it was just a scare....just a bug. Phew!!

Gotta e-mail us all the details of Disney!