In the past few weeks Ellie's bowels have started to act funny, make a lot of gas, and around Thanksgiving, her appetite went to zero which is a generally bad sign. She has been quite happy as usual but told us very clearly that she 'didn't feel like eating today'. 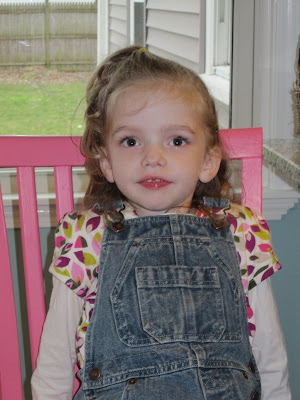 I think that the radiology technician may never recover.

What we found is that there likely isn’t an anatomical cause to her symptoms. This is very good news for us since scarring, healing and other things could cause the problems to come back even after her surgery in August.

The study did show us that her bowel is still dilated. This could be a return to the situation that she was born with and needed an ostomy but since the dilation is uniform and showed good motility it is more likely part of the dilation that we have been told is part of the expected adaptation of her bowel to overcome its lack of length. If the bowel cant gain absorbtive areas by growing longer it often expands in girth to extend the surface on the inside.

This is our hope.

The appetite is back and even after TPN last night Ellie woke up wanting breakfast. This is music to my pancake-making ears even if she only eats a little bit before moving on to eggs and ham.

Christmas is in full swing and we are hoping that things stay smooth through the holidays.

Posted by Gib and Abby Brogan at 9:32 PM

Glad to hear there is no need to enter back into the ostomy world at this point. What I would give to find the exit myself.

She sounds just like a typical preschooler. My son is always doing the fart trick and waiting for someone to smell before he will admit to it.

What's even better is how well she handles all the waiting and back and forth to get her "picture" taken. She's our hero.

Glad things are looking up in the appetite area!!!!