Today's weekend field trip was cultural on two fronts- we took Ellie to see an orchestra and concert band and did it in Lowell.

No, really, her cousin Alex was playing in a regional, select kind of student concert band in lovely Lowell so we dressed her up in fun dress, packed her up to see the sights and watched at least half of the concert. I think. 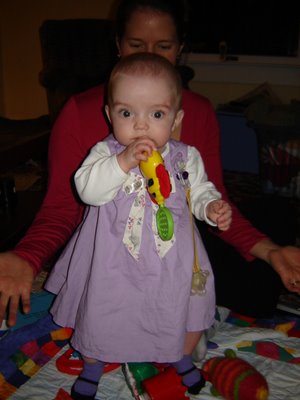 She really enjoyed the music, but especially loved the applause and could be heard above the crowd when the clapping stopped.

We also had the latest in our series of on the fly judgments and changes of plans to keep Ellie away from sick people. At the concert we learned that Ellie's other cousin Claire wasn't at the concert because she had a fever of 102. Oh, crap 102 means possible infection- infections travel- we don't want to be near anyone who has been near Claire.

I think that most people understand our elevated sense of caution about infections. I hope that nobody was offended that we kept our distance and didn't get anywhere near anyone from that household. That's just the way things are around Gut Girl for the time being. 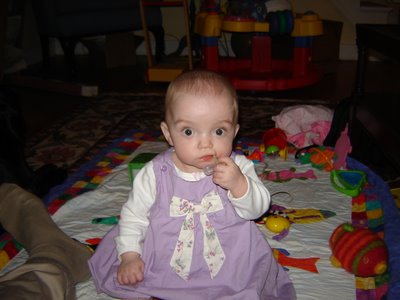 We had a great time and Ellie drew upon her hospital roots to fall asleep in the middle of the loudest part of the band concert. Cymbals, drums, trumpets, sound asleep all the way to the car and then all the way home.

I guess the music took it out of her.
Posted by Gib and Abby Brogan at 8:01 PM